This Saturday was a pretty epic day. I went to the ColLAboration Beer Garden event, then we had dinner at Umami to celebrate Mark’s birthday AND we went out for birthday drinks (Umami and Mark’s birthday are in the NEXT post).

The plan had been to celebrate Mark’s birthday today for a while but when Amanda alerted me to the fact that there was going to be a beer garden near Kaitlin’s house on Saturday afternoon, I only had one thought it mind: pre game! Day drinking three weeks before finals? Why not! I must say, we had a ridiculously good time.

The day started with Kaitlin, Amanda & Andy and I meeting up in Burbank for the ColLAboration Beer Garden. ColLAboration is a group of some of the biggest names in the LA craft beer industry. These guys are super nice and know how to throw an awesome event.

At the door I bought a glass and tokens for purchasing beer. The glass is an admissions ticket to 14 more events that will be happening all summer, culminating in an Oktoberfest celebration (!). The glass was $10 and the tokens to buy beer were 4 for $20. Pretty good deal, if you ask me 🙂

Blogging: it’s what we do.

We all know that I don’t consider myself a beer expert, but I feel like my credibility went up 100% yesterday. I had help learning from these two teachers:

Amanda & Andy: School is in Session

I must say that Andy was in his element at the event, giving us advice on which beers to order. I more or less ordered whatever he ordered because I figured if Andy was drinking it, that it would be good.

This is Andy's game face

There were three different stations with beer. It was a cool but beautifully sunny afternoon. 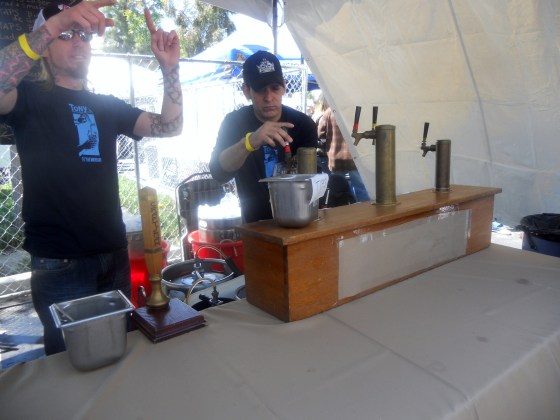 The first beer of the day that I sampled was Pilney the Elder. Amanda and Andy have had this many times and raved about it. Pilney the Elder is a hoppy beer. Hoppy sounds like happy so I figured I’d like it. See those logical reasoning skills? Ironclad. 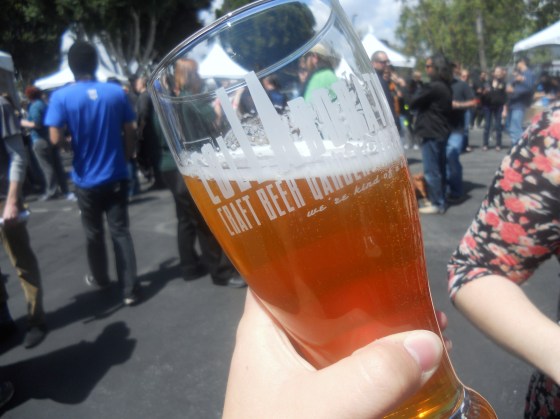 I really like Pilney the Elder. There were a great deal of hops, which is different for this Vino/Gin girl but I’m getting to the point where hops make me happy.

Can I tell you something? Beautiful day + beer + friends + unbloggable jokes make me so so so happy. Or hoppy. Whatever.

The second brew I tried was Stone Lukcy Basartd (not a typo). Andy said that this beer was only made once a year. We know how I love exclusivity, so I had to try it! This beer is brewed once a year and is a combination of Arrogant Bastard, Double Bastard, and Oaked Arrogant Bastard. 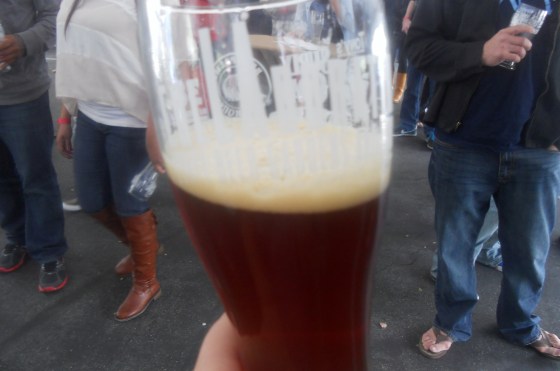 I really liked Stone Lukcy Basartd. It might have been my favorite beer of the day. It was very strong but delicious and refreshing.

After we drank the second, stronger beer, Amanda, Kaitlin and I made it our mission to find the guy selling sausage and pretzels. Why, yes, there were vendors roaming around like a baseball game. Like a beer baseball game, to be exact. 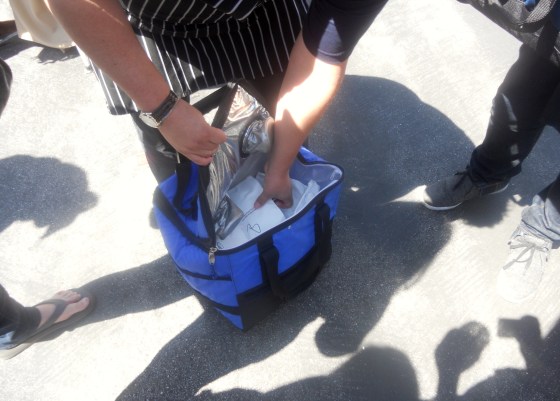 After about 20 mins of standing around and 2 mins of actual searching we were able to isolate the sausage man. I had a pork sausage with sauerkraut and mustard. I’m pretty sure I drunkenly explained Chicago sausages to the sausage man (and how we only like onions and mustard on our sausages). I’m sure I was highly entertaining at this point in the afternoon.

After the sausage silliness we went on a hunt for more beer. For my final beer of the afternoon I tried Green Flash Fizzy Yellow which is like a take off on an American Pilsner. 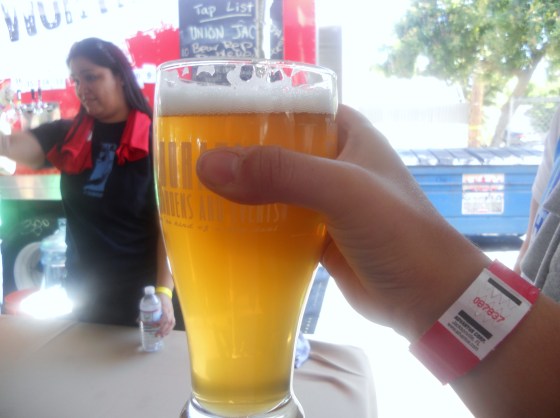 Unlike other crappy Pilsner beers (coughcoughMGDcough) , but no offense to the entire Midwest whom I’m sure I’m about to mortally offend, it didn’t suck. I like a Pilsner and it has it’s place but after the other beers I had in the afternoon it felt a bit like child’s play. Bonus: this is the kind of beer you can drink all afternoon. 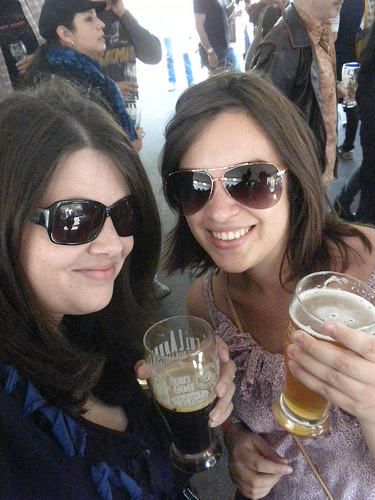 Overall, we had a fantastic time at ColLAboration. We met the guys who put the event together and they were all very nice and I cannot wait to go to another event. I will definitely be at the next one! 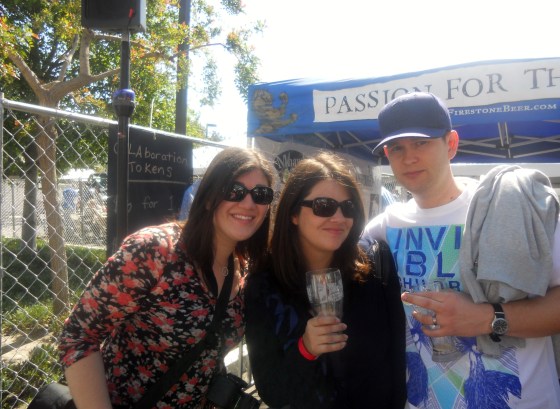 Now that I’m drink beer, what do I absolutely have to try? Seriously people, help a sister out.

12 thoughts on “An Epic Saturday I”