Immediately after leaving ColLAboration the fun continued with a trip to Henry’s, an awesome grocery store near Kaitlin’s house. Obvi the Two Boo’s join too!

We were in need of provisions, like cheese, crackers, and salami.

We got back to Kaitlin’s chilled with Mark and ate cheese so quickly that I didn’t get a picture of it. What can I say? I love cheese and crackers so much.

After stuffing our faces with cheese we made our way to Umami in Studio City. 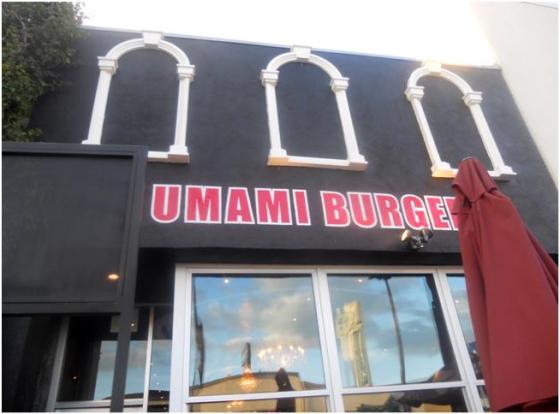 I’ve only ever been to Umami in Santa Monica, so I was excited to try a new Umami. The menus at the various locations are different and I had my fingers crossed for cheesy tots. This location was hopping when we arrived and we had a 45 min wait for a table. But that was OK because we know how to have fun while waiting for a table.

After a wait we finally got a table. Only problem? 6 of us were stuffed into two two-tops. We got awkward and we got cozy.

Still cracking up over the look on Andy’s face!

While the service left a little bit to be desired, I have to say that the décor was awesome. I loved the wall paper and the chandelier.

Because of all the service issues our server brought over complimentary truffle cheese fries. This improved everyone’s mood! 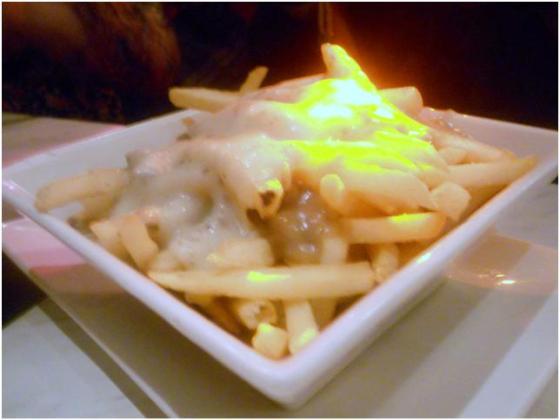 Then we dug into the menu. I’ve been to Umami several times before and I knew exactly what I wanted for dinner: 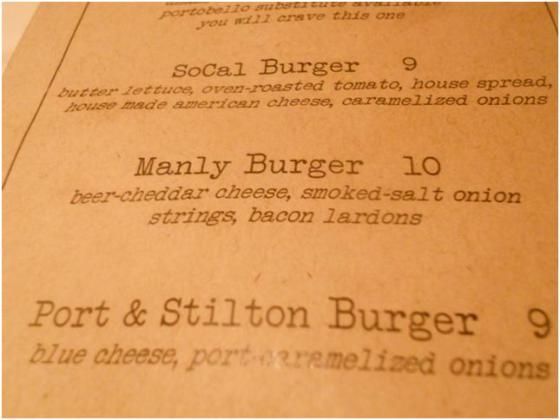 What can I say about this that I haven’t said before? Juicy burger, beer cheese (tons of it, dripping), onions, and a soft bun. I am not a big burger eater but I will love this one forever. I know I should venture out of the menu but this is pretty damn perfect.

Sadly, there were no cheesy tots to be had at Studio City Umami, but they did have tempura onion rings!

While I had my heart set on cheesy tots, these rings were delicious! Super salty and the tempura was way crispier than traditional onion rings. These are probably in the top 5 of the best onion rings I’ve ever had. Yes, I rank onion rings. Is that weird? I didn’t think so.

After a very filling and very tasty meal I made sure that I saved room for cake! Kaitlin made a Snicker doodle cake for Mark’s birthday.

Can I just brag about Kaitlin’s baking skills for a second? This cake was yummy and the flavor was off the chain. You know when you get a flavored cup cake or cake slice and you can barely taste the flavor? Isn’t that annoying? That was NOT a problem here. The cake literally tasted exactly like a snicker doodle! I only had a small slice because I was so full from three beers, cheese, crackers, burgers, and two rounds of fried goodies. 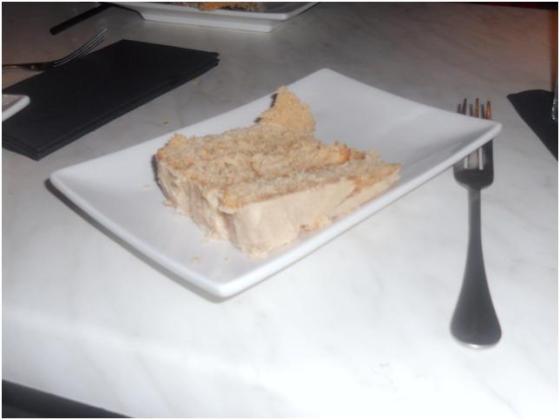 Overall, I love the food at Umami but the service we received left a lot to be desired. Kaitlin put a lot of effort into trying to make the night special for Mark and the service kinda put a damper on the evening. I don’t want to get into the details, but I received much better service at Umami Santa Monica.

What do you do when you have crappy service? Amanda and Kaitlin took the reins dealing with the questionable service (specifically, charging for things we weren’t supposed to be charged for, rudeness) and I was glad because normally I’m too intimidated to complain.