Things around these parts have been pretty workout mellow for the past almost two months.

Coming off the Long Beach Marathon I was looking forward to having a week or two off. I took the week after the race as a zero week. I didn’t run at all. I took the whole week off and basked in the PR glow. The week after the marathon I went on three runs. The first run back was necessary. Not running is a struggle for me emotionally. I also went back to run club after a brief hiatus. I was ALMOST talked into running the 5 mile route. Thank god I didn’t go for it. After 3.1 miles + 1 mile to meet the group my legs were tired. 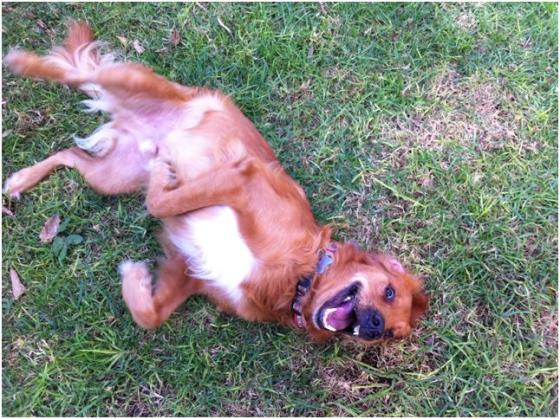 Rudy wanted to say hi too.

In the weeks that followed I got into a regular non-training flow with running. I went on about three runs per week. None of my runs were longer than 5ish miles but it was enough to keep my focused.

Throughout the first 20 miles of Long Beach I could tell I was running a sub 4:45 marathon. During October I thought about how GOOD I felt running the marathon and ways that I can improve my training without drastically improving my weekly mileage. There are many ways to improve and I decided to dabble in each of them during the end of October and November. For starters, I can focus on speed.

I’ve been to the track a couple of times to run in November. I know Yasso 800s are the best way for marathoners to improve speed. I’ve only been to the track twice in the past month but each time I did a set of 3 800’s. I was able to complete each set in under 4:00 and they were progressively faster. This is fantastic news. I need to build up beyond sets of three but it was nice to get back to the track. The track is also fun because Joe likes to run on the track too. Although he doesn’t run very much he is fast and was able to run a 6:12 min mile, with even splits. I am jealous of his raw talent and determination.

He and I also ran the Downtown LA Turkey Trot together. This was one for me. I know that Joe’s idea of fun isn’t waking up at 6 on a holiday to run but he humored me. I really liked the race. It was well organized. We were able to prepay for parking, pick up our bibs and hats and get in line for the 5k very quickly. The course was nice. The first part was hilly and went by the concert hall. It was my favorite part of the course. After there was a less exciting out and back portion. We took it easy. I think it took about 30 mins for us to finish. It was fun to run low key, no ipod, not thinking about time, and just having a good time.

Other ways I can improve my running? Paying attention to my splits and pacing my training runs accordingly. Run club usually steps in as a tempo run for me with a warm up and cool down mile to and from the meeting point. I don’t have a gps watch but I know generally where the mile cut offs are and I can pay significantly more attention to my runs so my “easy” runs don’t end up being hard runs.

Finally, and this is a big one, I could do some- AND- core and strength work. When I trained for Chicago yoga helped. I want to try some yoga studios in South Bay however; the cheapest option is to strength train with weights I have access to and my own body.

To that end I went and lifted weights with Joe in his garage. He also memorized the Ab Ripper X routine so we did bench press, some hand weights and Ab Ripper X. It was embarrassing how sore I was after one weight session. Clearly being that sore is a sign that I need to develop some level of upper body strength.

I also downloaded the Nike Training Club app and a yoga app. I am still playing around with them. I like the Nike app and the workouts are challenging! I plan to write another post on the apps at a later date. I’ve been working in weights with Joe, the Nike or Yoga app, or hand weights + abs a couple times a week. I’m not sure I’m seeing improvement yet. Something is better than nothing, right? I also want to get back to the pool. The Manhattan Beach pool is outside and I haven’t been recently because the temperature has dipped below 70 but I want to try and get into the pool more.

Finally, I started tracking my food and nutrient intake in Lose it! again. I struggled after Chicago with still eating like I was training for a marathon even though I had stopped training. This time around I gained marathon weight and I wanted to be sure I didn’t gain more post marathon. I also have been watching my nutrient breakdown. I eat many carbs and very little protein. I want to work on this and eat a more balanced diet. I think it will help me in the future.

Speaking of the future…

Registration complete. I’ve been dying to run LA for years and I am stoked to finally be taking on 26.2 miles in the city where I fell in love with running. The final miles are down San Vicente blvd. which is where I trained for my first few distance races. Running has meant so much to me over the years. Running LA (and THOSE final miles in particular) makes me feel like I’ve come full circle. I know those miles will be the most emotional I’ve raced before and I cannot wait!

This weekend I’m headed up to San Francisco for the Niners vs. Seahawks game and I have a post about recent EATS in the works. I know. It’s like 2 years ago all over again!

2 thoughts on “The Off Season”