Happy Friday everyone! How is it going? I’ve had a great day. I got a good nights sleep, went to yoga where I was able to kick up into a headstand on my own. I was pretty psyched about it. Then I went to Trader Joe’s because grocery shopping is my favorite chore. Another great day in So Cal. I’m feeling so mellow and happy. I realize that I’ve had several posts gushing about how happy I’ve been recently, but I can’t help it. I am feeling great!

Last night I made a recipe from this months Real Simple, whole grain spaghetti  with garlickey kale and tomato. This was a quick meal and it had kale, which is a super food!

I started by cooking two portions of whole grain spaghetti (hell ya coupon from Whole Foods) and then got started on the sauce.

I sliced up 1/2 of a red onion and 2 cloves of garlic and sliced up 1 plum tomato. The recipe called for grape tomato but I didn’t want to have way too many tomatoes so instead I just sliced one plum tomato. 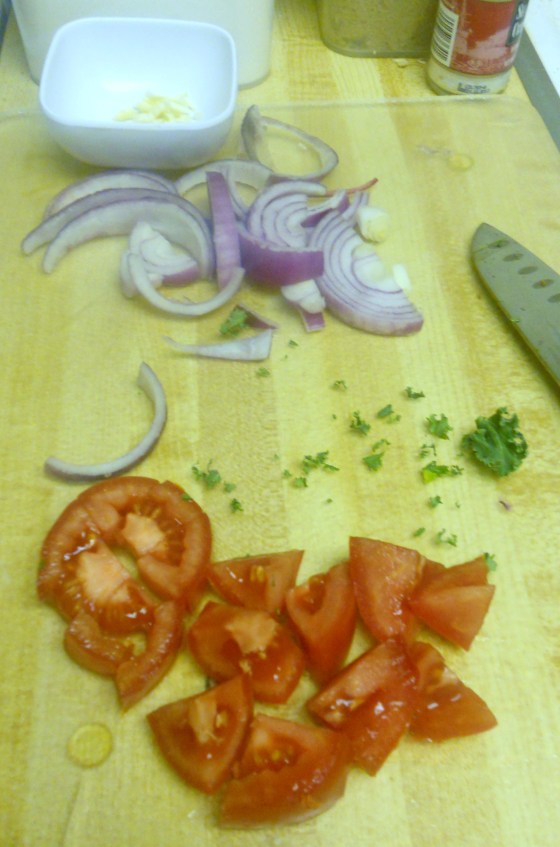 Then I sauteed the onion and the garlic in EVO with salt and pepper for 5 mins. 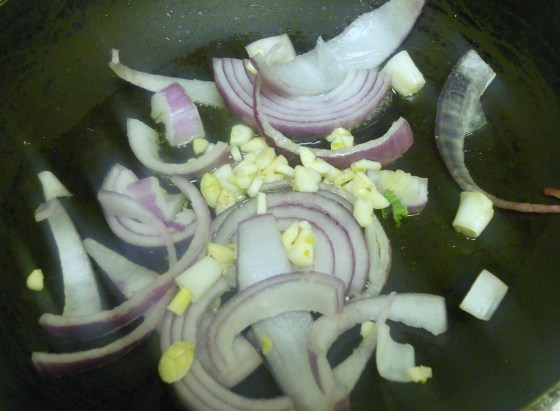 Once the onion and the garlic has cooked I added 2 handfuls of kale, sliced. 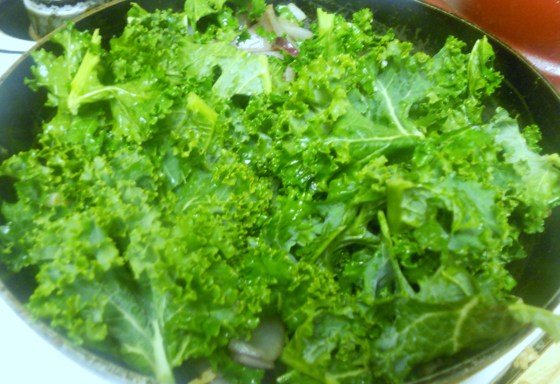 Look how green! I let the kale cook down for about 4 mins and then added the tomato to the mix and let it heat up for about 3 mins. I took the kale mix off the heat and combined it in the pasta in the pasta pot. 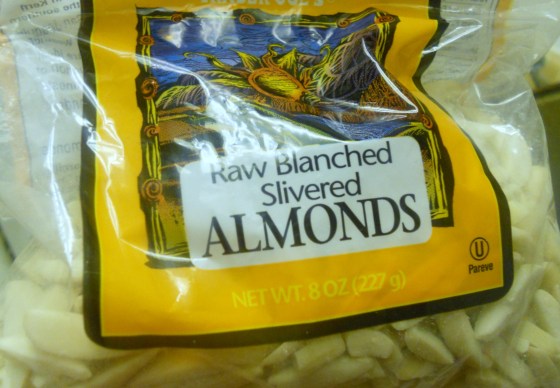 I also added a handful of slivered almonds, a tablespoon of pecorino. After mixing I served and topped with a little more pecorino. 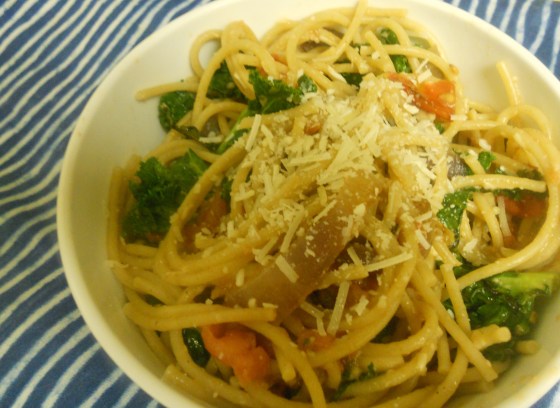 Yum! Another light and delicious meal. I’m having a major red onion moment and I have to say that kale is quickly becoming my one of my favorite foods. Good thing too because its super healthy. I especially liked this pasta because it had some tomato in it but it wasn’t a full fledged tomato sauce.

Tomorrow I am hosting a bake off with my friend Danielle! I’ll be making a chocolate cream pie! Get excited!

3 thoughts on “whole grain spaghetti with garlicky kale and tomato”