I’ve said it before, but by far my favorite part of being home is hanging out with my little brother. This year he moved into an apartment and started to cook for himself. And not just like mac and cheese from a box cooking. I’ve called him while he’s been making homemade fried rice and jambalaya. I was so impressed that I asked him to make me one of his specialties while we’re home: breakfast potatos and bacon.

This recipe is super simple but very delicious.

You start by chopping potato. 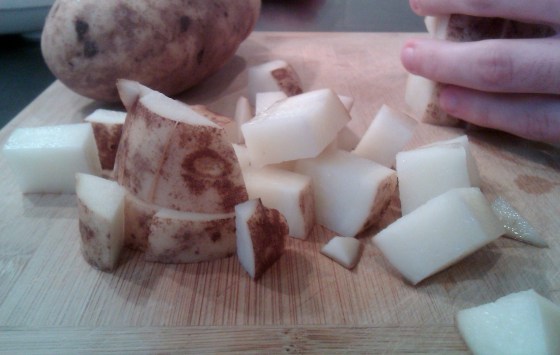 Then you fry up your bacon… 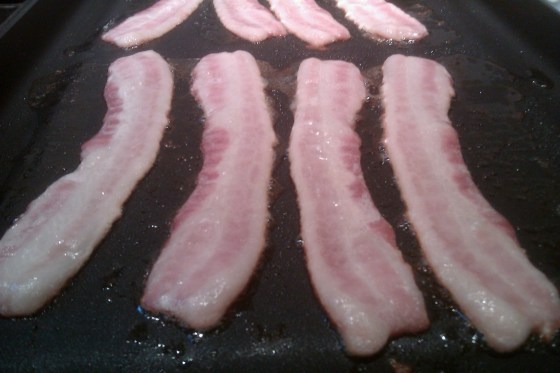 While the bacon is cooking you chop up a pepper and an onion.

When the bacon is done, remove it from the pan. You can remove some of the grease, but who are we kidding, it’s vacation… go big or go home. Place the chopped potatoes in the grease with the pepper and the onion. 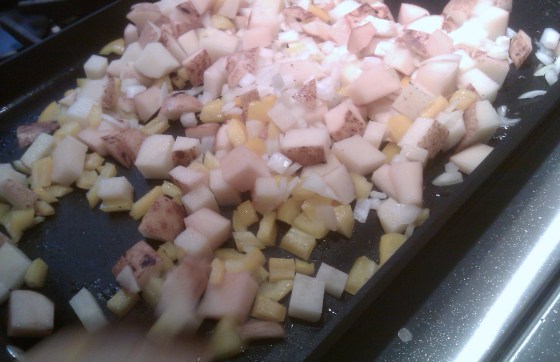 Then you have to spice it up! This is where you can get creative. I believe David used a combination of red pepper flakes, oregano, paprika, and sea salt (at my suggestion). We had a lot of options to choose from.

The number 1 reason I love being home. This is the spice drawer, never mind the entire cabinet shelf that houses the rest of the spices.

After spicing it up you let it cook until the potatoes are tender. 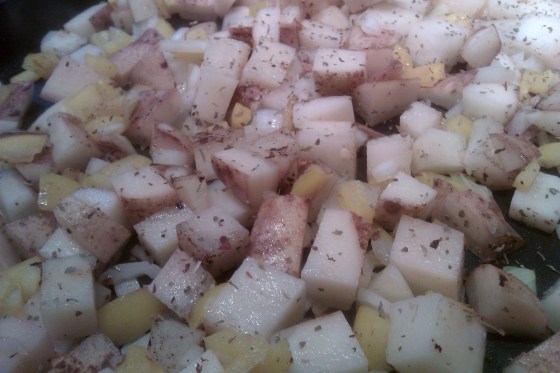 I’m not sure how long they cooked for and we didn’t the bacon because we noshed on it while the potatoes were cooking (whoops). I can say that the potatoes were very delicious.They had a bit of charring but I love a little bit of burn so it was perfect for me!