Today was a rainy adventure! I ventured eastward with the Glendale Girls plus Jackie and Donna to the Cal Poly Pumpkin Festival and for dinner at the Sacred Heart Festival in Covina. We had a wonderful Fall afternoon. It really felt like Fall because it was raining! 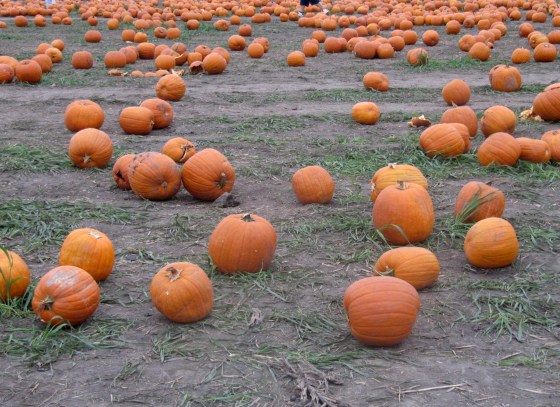 The pumpkin festival is held every year on the campus of Cal Poly. It serves as a fundraiser for the school. There is a farm attached to the festival and food vendors! Food vendors make me a happy girl!

Clearly, I had to start with a pumpkin cupcake with a cream cheese frosting.

I don’t know what happened. I saw the cupcake, walked towards the booth and a few moments later I was holding the cupcake and taking a bite of the cupcake.  This always ends up happening to me. I have no self control. For the record: it was from Suite 106 Cupcakes, and it was good.

There were so many snacks to pick from. They even had corn! 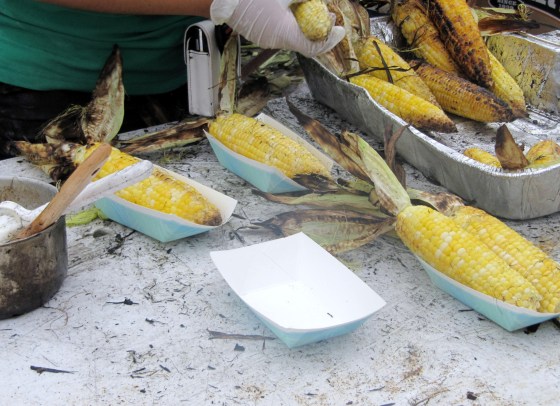 The Midwesterner in my was rejoicing.

We walked around the festival for a while before settling on our next treat.

Pumpkin ice cream! How could I pass that up?

Yum! I was real ice cream! Light and creamy and delicious.There was also some shopping in the farm store.

Then we moseyed on over to the pumpkin patch.

It was easy for me to pick a pumpkin. I always like the odd shaped underdog pumpkin: 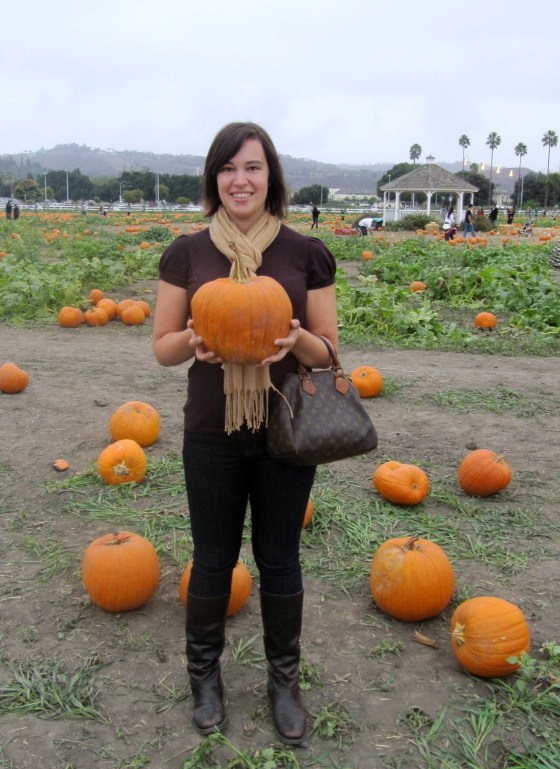 Then we decided that it was time for a little pumpkin photo shoot: 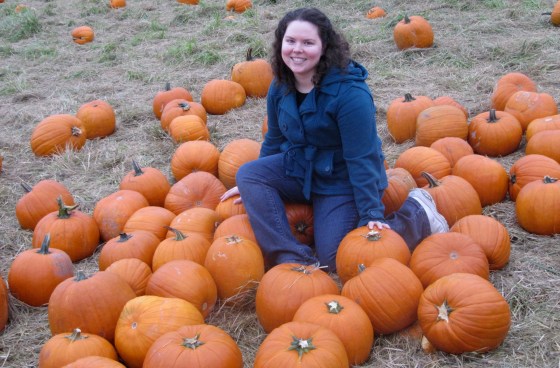 After all the pumpkin fun we were hungry and decided to go to Donna’s church, Sacred Heart in Covina. They were having a yearly festival today and it was pretty awesome. I love a church festival!

Did I mention that this was the most epic church festival ever?

Not only were there rides, there was also delicious Filipino food! 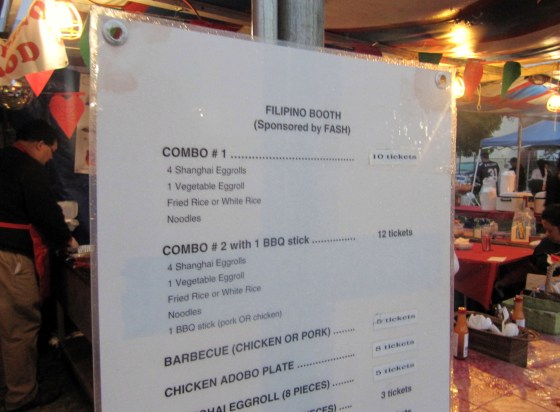 After we got our food we headed over to the 21+ beer tent to get adult refreshments to enjoy with our meal. Did I mention that the bar was rocken’? I was raised Lutheran and we never had a tented bar at any St. John’s event! Apparently we don’t know how to party.

They had a BJ’s vendor and I had a Harvest Brew.

For dinner I had egg rolls and a chicken plate for dinner (I didn’t eat all the rice).

Delicious! The chicken fell off the bone and I love me some egg rolls. I was actually craving them this afternoon. I was so glad when I saw them on the menu!

After dinner we hung out and played games. Emily won two gold fish!

The festival was really pretty at night.

But it was time to get going back to the West Side.

But one last thing before I go… how nice does this snack stand look? 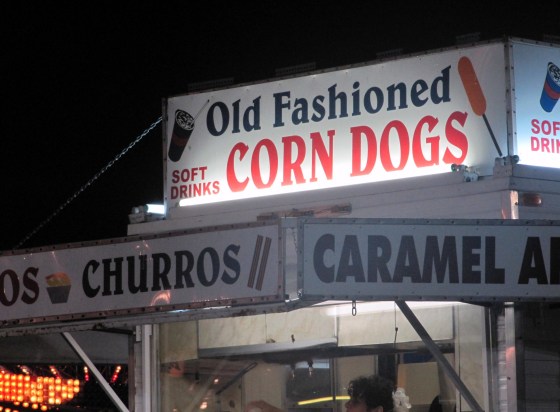 That’s right. It looks like the delicious goodness of my childhood! So so so yummy. The smell made me feel like a 10 year old girl at the Lake County Fair. There is nothing like it!

Off to bed! Busy week ahead! How was your weekend?