Yesterday I went out with Emily, Leanna and Adam (err I mean Frank) to Finn McCool’s in Santa Monica. ABC University is a group of young professionals exploring the bar scene in LA one letter at a time. Yesterday was bar “F”. Those with “F” first names got appetizer specials. Overall, ABC University is just a good time.

Finn McCool’s is your typical Irish Pub. It’s on Main St. in Santa Monica, an area I really need to explore more, and has tons of space.

We were sad that no one in our group had a “F” first name but then in a moment of brilliance Adam changed his name tag and became “Frank”. He even got to wear medal!

When you go to ABC you have to wear a name tag with your name and major. Here is mine…

Obviously I majored in gin martinis. I mean, that is what I’ve studied since I’ve been 21. Last night, however, I ordered a beer. Hey, when your in the Irish bar you should really order a beer, right?

After drinks we were having a good time and we decided to make an impromptu trip to the bowling ally around the corner! 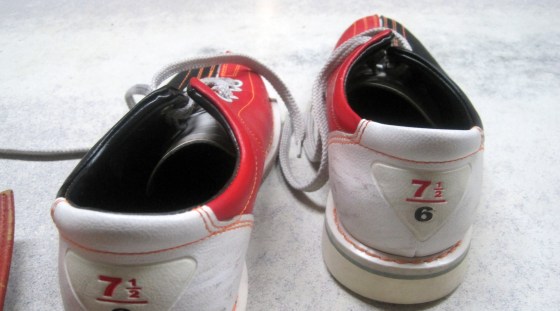 Holy throwback! I haven’t been bowling in SO LONG! I cannot even remember the last time I went.

Of course, if your going bowling there is a pit stop that you have to make before hitting the lanes.

Little old me didn’t know that bars in bowling alleys are customary, but they are! Apparently in Chicago there are also laundry mats in bowling allys?! That is amazing.

Bowling is so much more fun with margaritas (on the rocks with salt) so obviously we got margs before hitting the lanes. 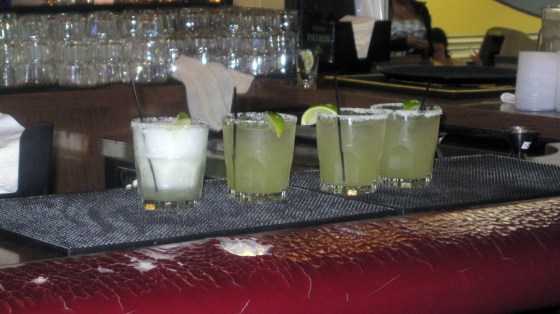 I have to say that I am a terrible bowler. I did, however, manage to bowl a spare and a strike. I only bowl well when Foreigner or Cutting Crew is playing. Unfortch, they only played two songs that fall into that category.

Here is the evidence of my bowling suckage: 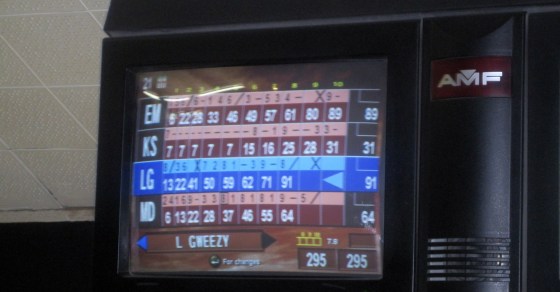 Can’t win them all! At least I have my sense of humor (and a 31!). Overall, an awesome time was had by all. Definitely check out ABC University on facebook!