It’s been a hard day.

Almost 9 years ago in the summer of 2004 I made my first trip to Boston. I remember vividly stepping off the T at Hynes Convention Center and into the Back Bay neighborhood of Boston. It was love at first sight. A year later I moved to Boston to attend Simmons College. 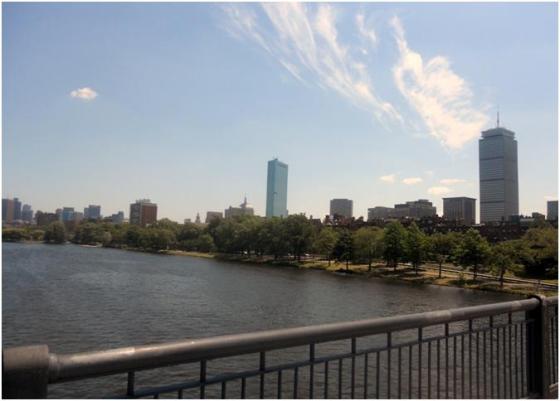 As a student I would walk though the city and want to pinch myself. The city of Boston is a truly beautiful place: the cobblestone streets, green grass in the Public Garden, and even the dirty water in the Charles River. I learned all the streets, restaurants, and bars. I studied in the Boston Public Library and shopped in Copley Plaza. I attended Trinity Church and practiced yoga at Bikram Yoga Copley Square. I ate my graduation lunch at Stephanie’s just off Copley Square. Without a doubt, my favorite weekend in Boston was Patriots Day. Usually the weather is beautiful, the Red Sox are playing, people are out and about. Patriot’s day is a holiday and we would always be out and about watching the race. Hell, when I lived in Back Bay I lined Boylston Ave. a block from the explosions and watched the race. Patriot’s Day is the best day of the year in Boston.

A few years later I began running and fell in love with the marathon distance. For those who run, you know the Boston Marathon the way that I do. It’s a runner’s Holy Grail. You have to qualify in order to run. It’s the oldest marathon. It’s a marathon that Katherine Switzer integrated for women in the 1960’s. As a runner the Boston Marathon is a big deal but as a former Bostonian and runner, it holds a special place for me. 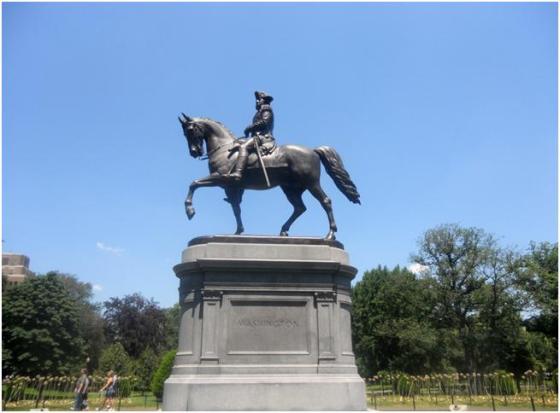 That’s why today has been a traumatic day. I wasn’t in Boston but this attack feels intensely personal.

We run marathons to test the human body and spirit. After months of training we take on the challenge of a 26.2 mile course. By the end, with the finish line in sight, we push ourselves with the knowledge that the people who love us and support us are at the finish line. Finishing a marathon is an emotional experience. So much goes into the race and the high at the end is unparalleled.

However, I am not surprised at reports of runners continuing running from the finish line to Mass General to give blood. I am not surprised at many of my friends posting that they have beds open for those who have nowhere to go. Luckily, everyone I know is safe. Seeing the outpouring of love today has helped make a difficult day a little bit less difficult.

Marathons are about communities coming together to support runners and the idea that amazing feats are possible. Marathons are about celebrating achievement and hard work. They are overwhelmingly happy occasions. I don’t know what else to say. I love Boston. I love marathons. I hold the great hope that the city and the running community will rally around those injured and the families of those killed and the Boston Marathon will be great again.

“Triumph over adversity that’s what the marathon is all about. Nothing in life can’t triumph after that” -Kathrine Switzer