It’s a well known fact: I love pizza. While some have strong Chicago vs. New York opinions, I will pretty much enjoy any pizza as long as it’s well made. OK, that is a bit of a lie. Chicago pizza is boss. If you have a good, crispy yet thick crust and the right sauce and inspired cheese and delicious toppings Chicago pizza is the best. I don’t want to hear your arguments. It’s like my feeling on equal marriage, access to birth control and dirty gin martinis: you will never change my mind.

LA pizza is a bit of a disappointment. I really enjoy the pizza at Masa in Echo Park. Probably because the owner of the restaurant is from Chicago and he and I have had a very intense discussion of Walker Brothers Pancake House. I also hear 800 degrees in Westwood is awesome (of course, opening right before I graduate) and I plan to hit it up over finals. However my favorite pizza place in LA is probably Mozza. I blogged it before but the waiter told me to “put away my camera” so I don’t really photograph my food there anymore.

HOWEVER, I was back at Mozza with my mom during spring break. We sat at the counter overlooking the pizza oven and was able to watch all the pies being made. The recipes are available from the Mozza cookbook so I don’t feel that bad blogging it. Obviously we jumped at the opportunity to order the Bacon, Leek and scallion pizza. I watched them make the pie and then I diligently attempted to recreate it. While not a total match I think I did a pretty good job.

Pizza dough (if you have the Mozza cookbook you can make Nancy Silverton’s dough. I used whole foods dough)

Pre heat the oven to 425. I let the dough sit out for 10 minutes to warm up and loosen. Then I used flour to spread it out and brushed the sides with extra virgin olive oil. I set it aside.

Then I took a pan and over low heat melted the butter. I also sliced the leek. The leek that I bought was legitimately longer than my arm. Fact: the Santa Monica Farmer’s Market is awesome. Please note my attempt to document the size of the leek below. I sautéed the leek over low heat until cooked though. Then I put them down on the dough as a base. 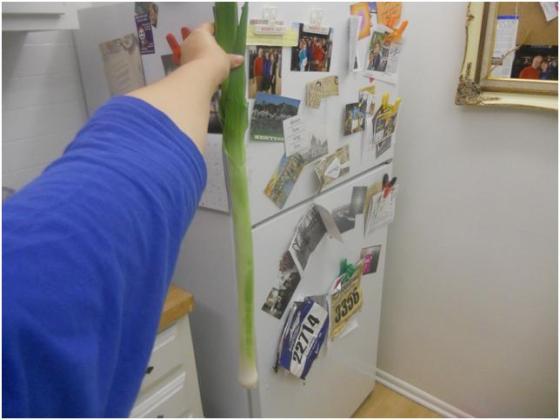 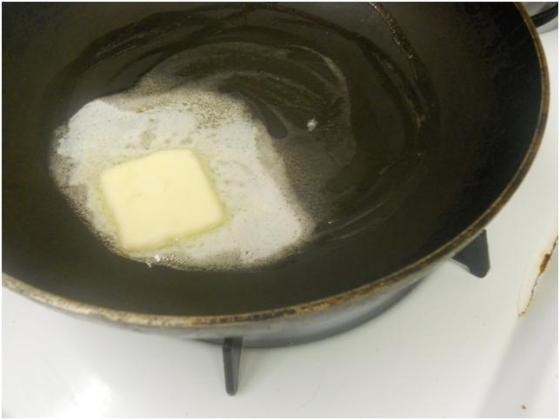 Finally I topped raw bacon on top of the pizza and popped it in the oven for about 10 minutes, until the crust is crispy.

Delicious! My only qualm or thing I would improve in the future is that the goat cheese at Mozza is more spreadable, clearly higher quality than whatever Trader Joe’s has to offer cheap and is used on the base AND on top of the pizza. Otherwise, this was a great pizza. Pizza is my go-to easy dinner and I plan to make this again. I especially loved how I could just throw the bacon on raw and it cooked all the way though by the time my pizza was done cooking. Highly recommended!