After my New Years plans fell through I decided that the best way to ring in the new year by cooking something fantastic. Really, what are the holidays if they aren’t an excuse to eat? With all the free time I have I’ve been on a major cooking spree. Mostly I’ve been trying new healthy recipes and I know I talked a big game about my detox but new years should be a time of celebration. Thus, when deciding what to make one thing was abundantly clear; I knew I had to go to the source of fabulousness, the Barefoot Contessa. I’ve made a variation of her M&C before but I decided to splurge in a big way and make her grown up mac and cheese. Why? It calls for three kinds of cheese, will make a ton (which I can freeze and save) and its a major caloric splurge. What better way to end the healthiest year of your life than in a cheese coma?

The LCC kitchen prepares for battle (with Prosecco obvs)

I’m getting better at my new camera 🙂

First things first, you need to cook your bacon. Yes, bacon (I told you it was good). Ina says to bake it which I’ve never done before! It was super easy. 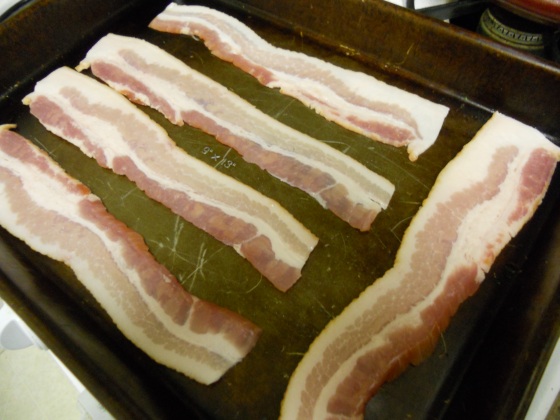 While the bacon was baking Izzy wandered in to the kitchen, sat next to the oven and started basically crying. I don’t like to give Izzy human food for many reasons and I didn’t indulge her desire for bacon at first. Then I called home and my mother talked me into giving her a little piece of bacon. Iz loves her Grandma. Izzy was very proud of herself but of course when I fed myself she was very interested in my plate. 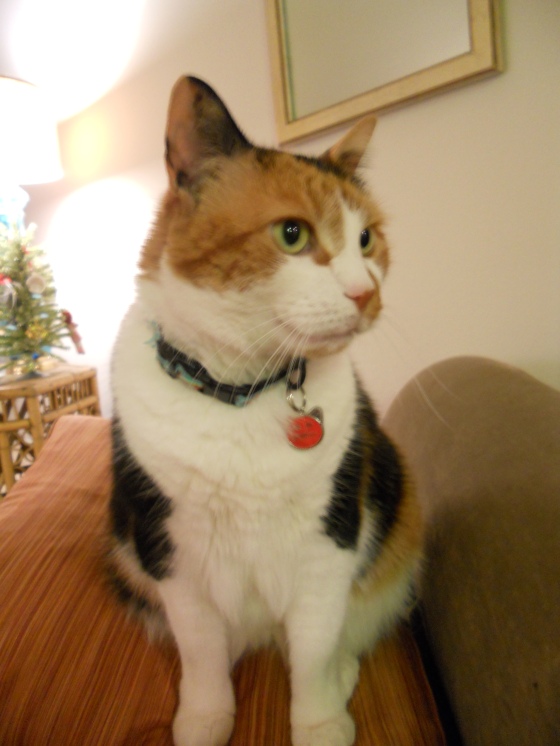 pretending she's not interested. This is a sham. She is watching every movement and waiting for the perfect opening to steal my bacon

While this scene was unfolding I boiled the pasta. I made very few substitutions to this recipe (if barefoot says whole milk, I use whole milk) but I did swap out white pasta for brown. Here’s to health! 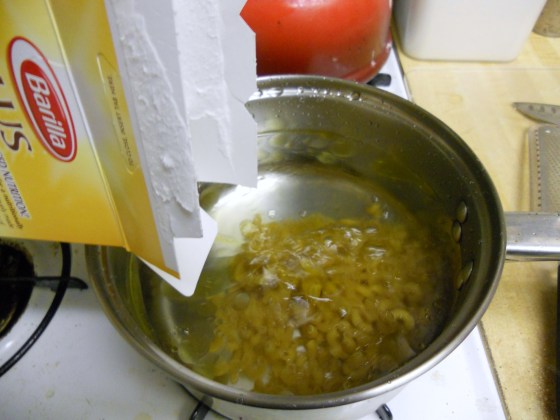 Let the pasta cook and drain.

Then it was time to make the sauce. This is similar to all barefoot’s mac and cheese recipes in that you make a basic white sauce and add cheese to it. The first step involves butter and flour. Then you combine warm milk in the butter and flour mix and whisk it until thick and reduced down. 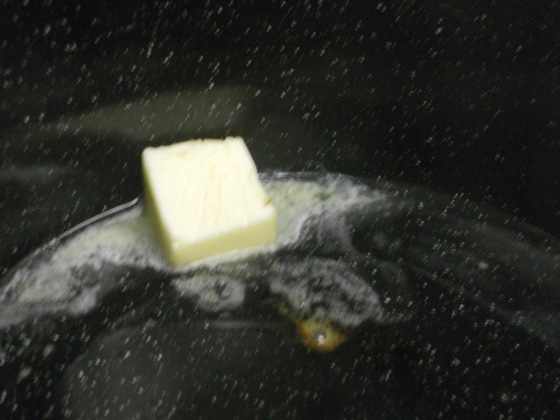 It should be noted that at this point my kitchen looked like this: 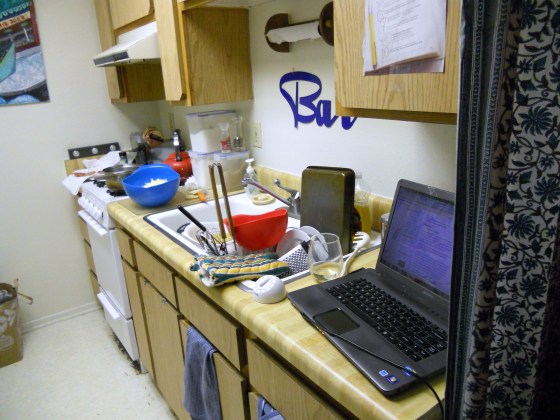 I am in dire need of more counter space. 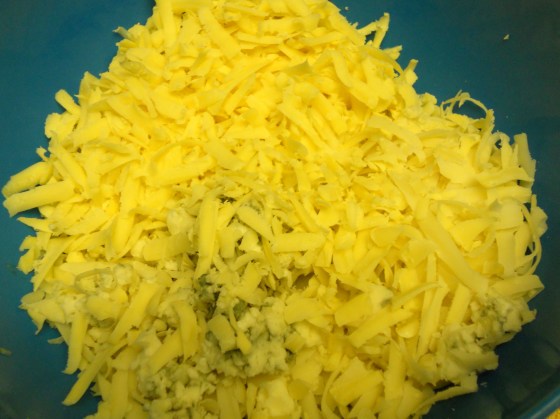 Combined with the white sauce…

and season. I used salt, pepper and nutmeg. 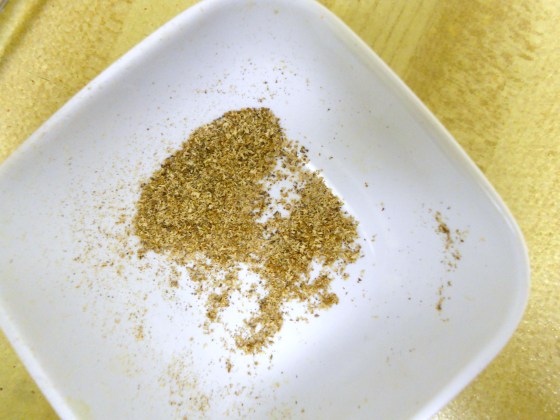 We can call this before: 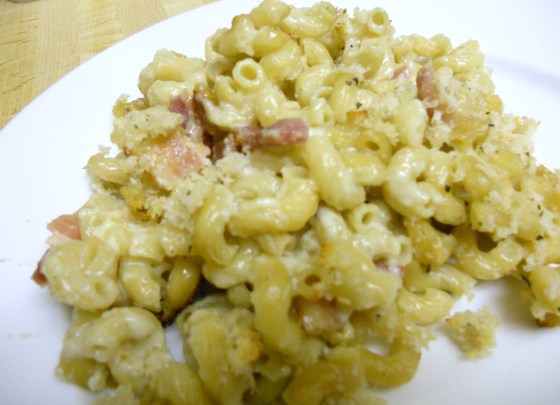 I polished this off easily, cooking is hard work after all! I ate a small bit more after this but that was all I could handle. This is delicious and cheesy and baconey as you would imagine but it is also incredibly rich.

Despite the richness I managed to choke a couple of these down.

After my prosecco I nursed water with lemon and felt myself get increasingly sick. It’s just a cold but I hate colds and how run down they make me feel. I was pretty out of it by 9 and by 12 when Snooki was being dropped in a ball I was basically passed out. Felt icky again today but I did kick off my year with a 4 mile run and plenty of cooking. Hoping hot water with lemon and lots of sleep will make me feel better for my last week of vacation!

Want to try it for yourself? Here is the recipe!

What did you do to celebrate the first of the year?

8 thoughts on “grown up mac and cheese”