After scouring the web for photos and watching all the coverage on E! I present my best and worst dressed. I cannot wait to watch Joan Rivers tonight. I grew up on Joan and Melissa on the red carpet. Such a treat that shes back. Also I find Ryan Seacrest to be kind of a perv. I wish they would just give the pre show to Giulianna. All of this is in no particular order.

Anna Paquin (Sidenote: apparently she just got her drivers license! Makes me like her more since we both don’t drive!)

Male style is simple and its hard for it to go wrong. So many men looked great. I love a classic tux. See George Clooney, John Krasinski, and Alex Skarsgard. Also Joseph Gorden Levitt: so SO CUTE. Loved (500) Days of Summer and I just want to cuddle him.

But when it goes bad… man does it go bad…

Worst Dressed: MenMickey Rourke (I cannot say that I am surprised… the hat? the shoes? the rent a date? the snake skin lapel?) 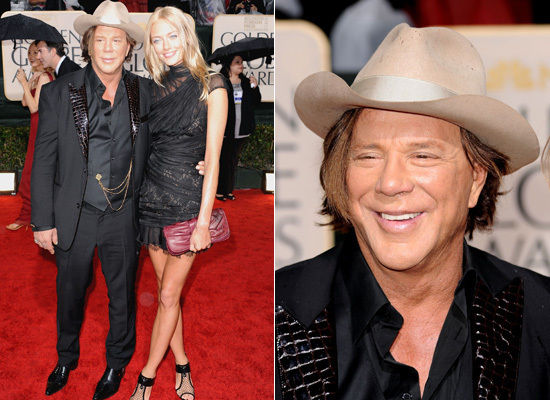 Also, James Cameron’s Hair (too OLD for your hair to be that long!)

Julianne Moore – Horrible fit, awful color. Is this a funeral? I like her earring and I won’t mention her hair since it was probably wet. 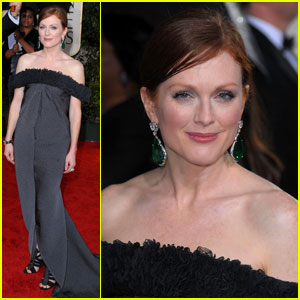 Tina Fey (It kills me because I love her so much, but the short dress? She was so great last Golden Globes in the class black. Have to say that I was very let down)

I thought the show was really good this year, at least as far as award shows go. Mo’Nique’s acceptance speech was amazing. I was almost in tears. I also loved Drew Berrymore’s speech and I was so thrilled she and Grey Gardens were recognized. It was one of my favorite things last year and I was so happy they won. I was also very pleased that Glee won for best comedy along with Meryl Streep for best actress in the comedy film.

I have not seen The Blind Side, but I have a hard time seeing Sandra Bullock as best actress when she was up against who she was up against. Although I haven’t seen it so no comment. I did think that George Clooney and Up In the Air were robbed. I know that Avatar was a huge achievement but I thought that overall, Up In the Air was an amazing and beautiful movie. Hopefully the same mistake won’t be made at the Oscars. Of course, this is the time when I curse out the Academy for having 10 best pic noms this year.