Oh friends, so much has happened since the last time we spoke. Last week was one of the most chaotic weeks I’ve had in a long time. I had a pretty crummy week outside of the bombings on Monday is Boston. In addition, the whole Watertown standoff actually took place 2 blocks from one of my closest friend’s homes. I was totally on edge all day Friday and was so happy when the police were able to arrest the suspect alive. As happy as I was, the whole situation left me feeling bizarrely homesick and emotional on Saturday. I know it’s weird to say you want to be in a place where tragedy is unfolding. I have so many friends left in Boston. I love the city so much. I moved there by choice when I was 18 and I didn’t leave for lack of love.

Compared to what everyone in Boston went though, how I feel is almost nothing. I tried to spend time just snuggling this baby and tried to keep myself busy.

In an effort to distract myself, I decided to hit up the LA Times Festival of Books on Sunday. I’ve always wanted to go but for the past three years I’ve had finals around this time and just never got it together to go. I definitely needed the distraction on Sunday to pull me out of my funk so I decided to trek to enemy territory (aka USC) to check out the festival.

So here’s the deal: the festival is free (after you pay $10 parking). There are booths with authors, book stores etc. all over the campus. Then there are various stages hosting free events with various authors (more on that later) and finally there are “conversations” on various topics throughout the festival. The conversations only cost $1 to attend! I was perusing the list of speakers and I saw a panel on Guns in America. The panel featured a UCLA Law professor whose class I never took but whose writing I’ve followed, Adam Winker, and Constitutional Law all star Erwin Chemerinsky. The panel was rounded out by Paul Barrett. 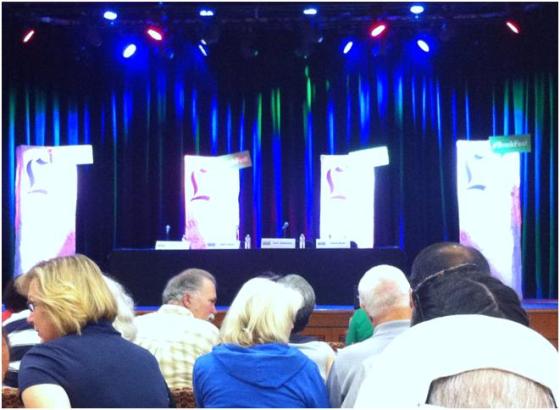 The conversation was very interesting. It only went for 1 hour but I wished it went for two. Professor Winkler started by talking about the history of gun regulation and gun culture. Then the discussion turned to the history and interpretation of the second amendment and the gun regulations that just failed to make it out on Congress. The whole discussion was very fascinating and enlightening. All of their books are going on my must read list.

After the panel I made my way to the food trucks. I quickly decided to grab a pork belly burrito from the White Rabbit Truck which serves Vietnamese food. I sat in the glorious sunshine and ate this delicious burrito. 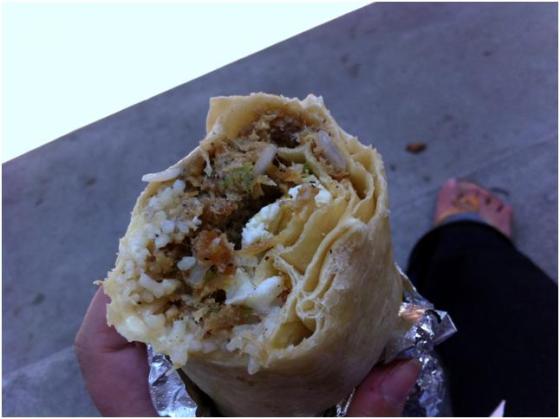 After lunch I walked around in the sun, checked out the booths and bought some discount books. 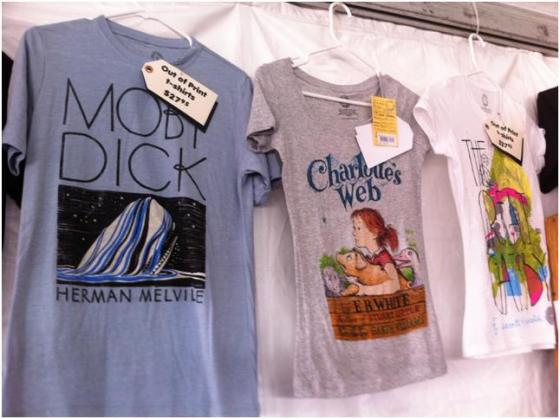 I managed to snag some awesome books including the Tartine cookbook! I was actually at Tartine 1 week ago (separate post) and I am pumped to dig into the book.

After about an hour of aimless wandering I made my way to the cooking stage. Ludo Ludebvre was doing a cooking demonstration out of his new book Ludo Bites. Ludo is known for his tiny restaurants and pop up dining. I’ve blogged about it before, but I am a huge fan of the Ludo Truck. Ludo made smoked veal tartar.

Don’t know that I’ll be smoking veal tartar in my kitchen anytime soon but it was great to see Ludo work. He made his own mayonnaise which seemed really easy with the help of a food processor. He also said that he could change the recipe from veal to tuna, which I would consider doing. I’m just not too keen on cooking veal. He also did a Q and A after the demonstration. Ludo really likes to cook with butter. Can you blame him? I love French food and his new restaurant Trois Mec is now on my must try list.

Overall, I had a really nice time at the book festival. I wish I had planned more in advance and attended more of the conversations! I highly recommend checking out this event next year if you didn’t this year.