Lesson learned: always check your school email. I had one class canceled yesterday and I came to school fully expecting to be in class right now but ANOTHER class was canceled. Its pretty fantastic! Yesterday was especially nice. Because I planned out my workouts before classes started I am taking this week to see if I can make all the workouts and if its do able. Yesterday I went to an awesome morning yoga class. Because my first class of the day was canceled there wasn’t any time pressure and I was able to make sure that there was ample time to get home, shower and eat lunch before I have to go to school.

The yoga class itself was amazing! There were some elements of power yoga but for the most part it was just gentle stretching which my body needed. During meditation the teacher came around and gave shoulder massages with lavender oils. I will definitely be going back to that class on a weekly basis. Not only was it a great class but  I really enjoyed starting my week with some mind clearing yoga and meditation.

I started by taking 1/2 of a can of garbanzo beans washing them, and combining them in the food processor with 1 egg, and sea salt. 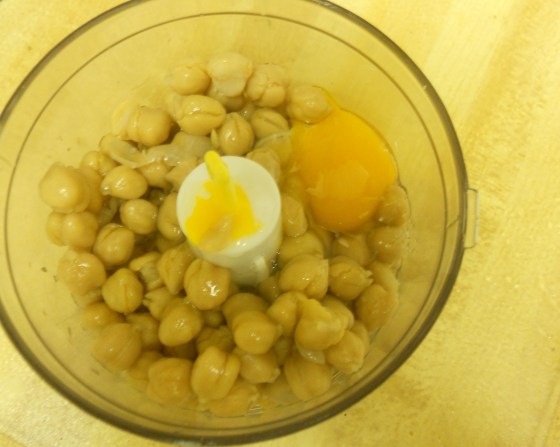 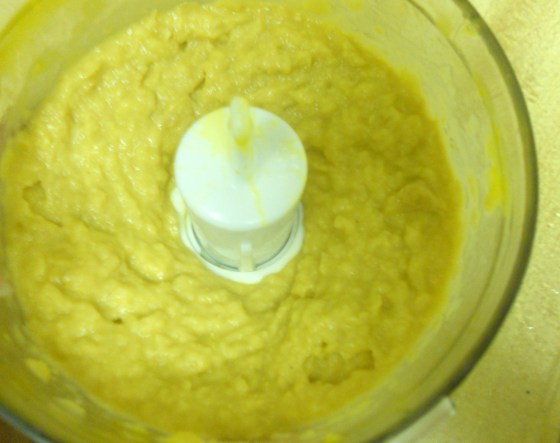 Then combine in a small bowl with a small handful of cilantro, 1/3 cup panko, a small amount of lemon zest, and 1/4 cup onion, diced. Stir the ingredients together until well combined. 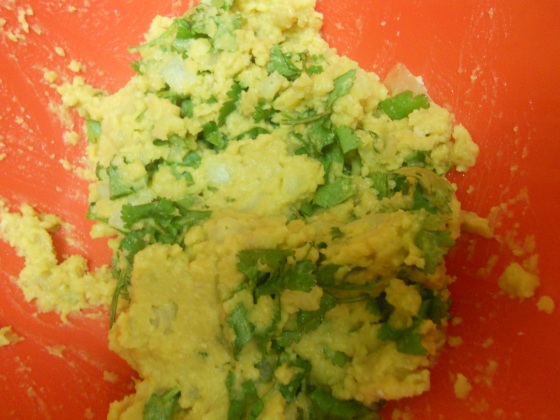 Let sit for two mins and then shape the mixture into 4 mini patties. 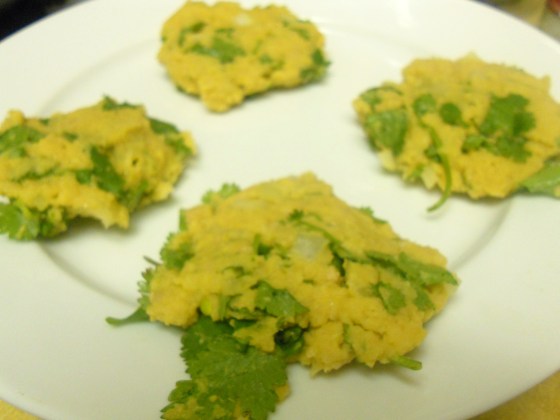 Prepare a large skillet by heating it to medium low heat. Use 1 tablespoon canola oil in the pan. Let it heat up and then add the patties. 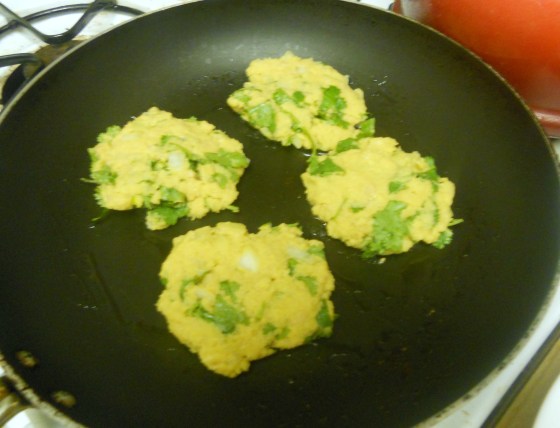 Let the patties brown and then flip over. It’s important to keep an eye on the patties so that they don’t burn. It took about 5 mins for each side to brown.

Then, one they are off the heat top them off with the toppings of your choice! Avocado would be tasty but I was out so I used cheddar cheese (I peeled it with a vegetable peeler) and spinach. 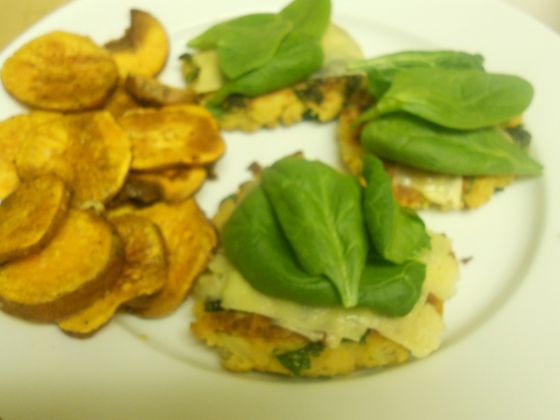 I also saved one which I just enjoyed for lunch. Yes, it does heat up well! Which is good because I’m back in school and on campus dining option leave a lot to be desired. Can I also tell you about my flat top obsession? I haven’t prepared a sandwich with a top in a couple of months. Who knows why. I just prefer my sandwiches topless!

I’m off to do readings. I forgot how much time actually goes into law school readings. Whoops.

Hope you’re having an awesome Tuesday!