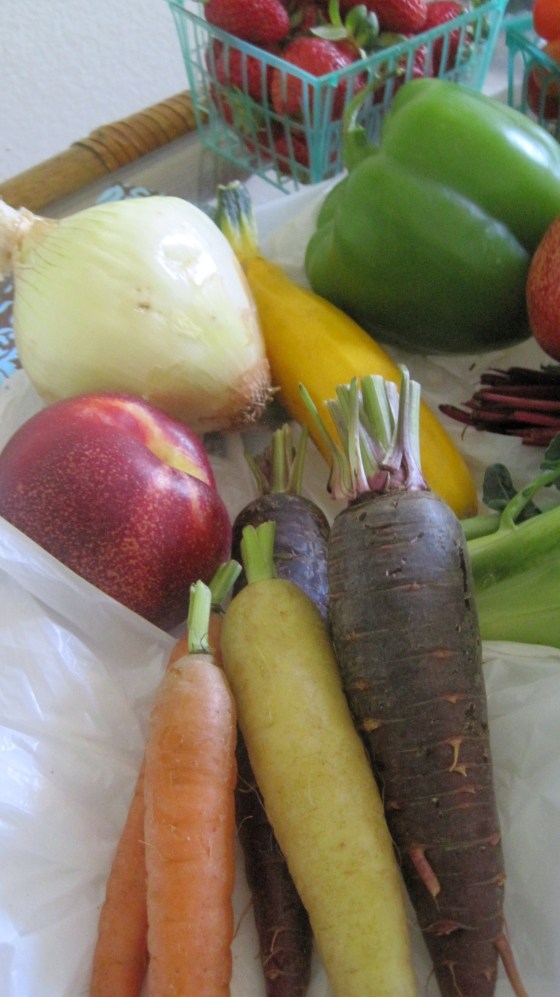 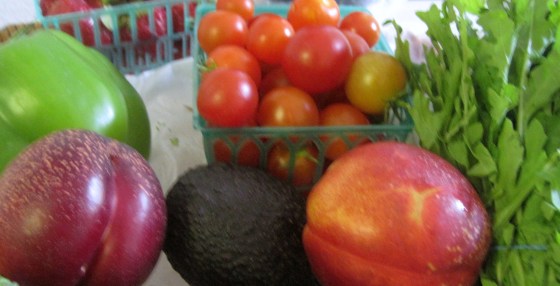 Holy Delicious! I went to the Santa Monica Saturday farmers market on Arizona. What a great farmers market!! The market itself is about two blocks long and they have everything from produce, to meats, to cheese and oysters. Next week I will have to be more creative and get some meats. I got a ton of stuff for around $25 which is awesome. Later I went to Trader Joe’s and got the rest of my food for the week. Overall, I spent less money on food than usual which is pretty awesome. Plus its so colorful!

mmm taste the rainbow! I also bought some Kale Chips, which I’ve never had and would, in theory, be easy to cook but I thought I’d buy them first.

I enjoyed the Kale Chips! They were seasoned with cayanne which was gave them a lot of heat. Izzy apparently liked them too.

I cannot wait to cook with my new food!

One thought on “The Bounty!”