Last summer I went to Turkey, where I was told that Greek Yogurt is ONLY Greek because the Greeks are good at branding.  This week I reminisced about the amazing breakfast buffets I had in Istanbul, Izmir, and Sirence. While I didn’t exactly have feta, artichokes, and olives for breakfast this week I did manage some yogurt with honey, cinnamon, and granola. 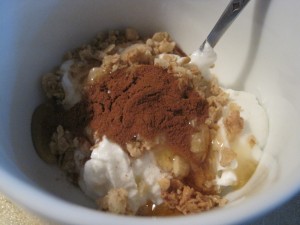 Not that I couldn’t eat olives and artichokes and feta for breakfast everyday… my love for Mediterranean food knows no bounds. 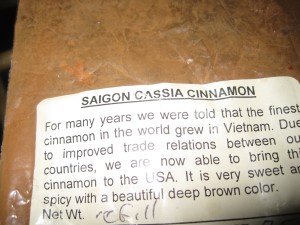 The cinnamon that I use isn’t any old cinnamon. It is Saigon cinnamon from the Spice House in Evanston, Il. That’s right. I get my cinnamon shipped to me. And its not just cinnamon, its also crystallized ginger and pepper (actually, French pepper because after Mediterranean food, French food is my favorite). The Spice House has so many spices, a bit of everything and much higher quality than what can be found at a grocery store. Especially the ginger which balances the sweet and the spicy perfectly. It is my favorite flavor. 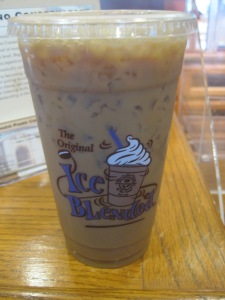 And then the final essential element of a good breakfast, a large non fat latte from Coffee Bean (or as Carolyn calls it, “the coffee beanery”).